My stationery designs have been chosen for their popularity and it’s always nice when someone wants to add to the design occasionally.

April & Graham had a clear idea of how they wanted their invitations to look and had sent me several pictures of a certain type of design which would be an A6 flat print invitation with a belly band.

We were all set to go, then a spanner was thrown in the works when April saw the invitations I made for a friend and changed her mind.  She decided she preferred the bookfold design, but still wanted to keep the element of a band, but decided on a blissful bow instead of an embellishment. 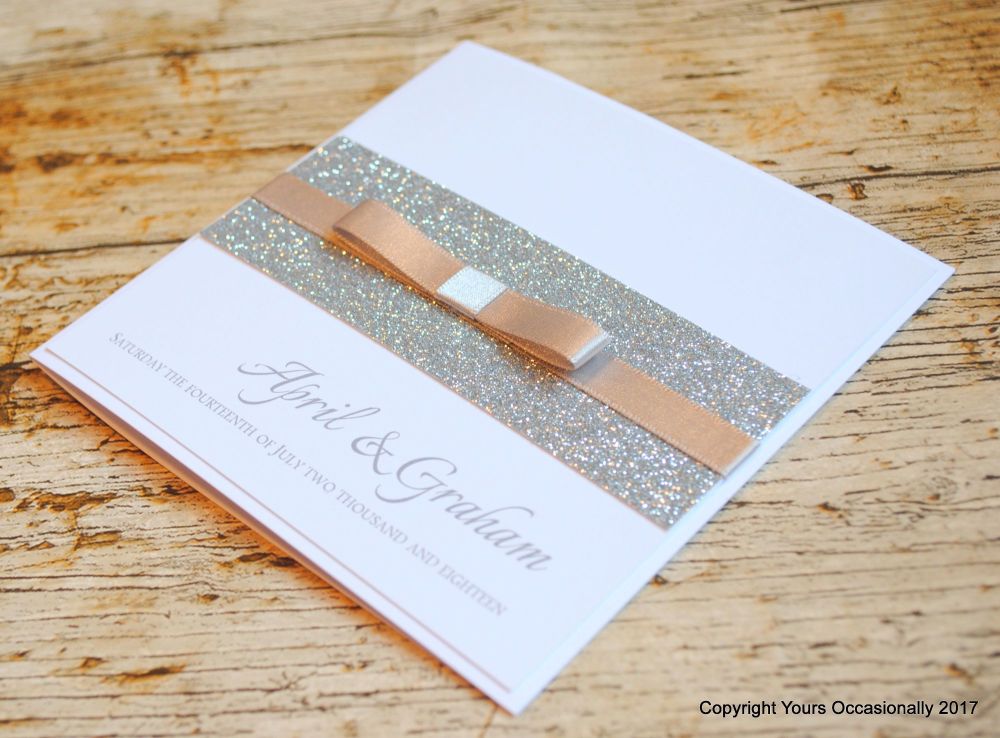 It was a quick trip back to the drawing board and we were good to go again.  The Blissful Bow design with a band if silver glitter card for that extra bit of luxury and the ribbon and bow across the middle.

It looked so striking that I’ve now decided to add that little bif of luxury to the Blissful Bow, so you now have a choice of a glitter card band as well as the bow.  This will incur a price, so the Blinged Blissful Bow will be £4.50 each.

A choice of band colours will be available on the website soon.